Get 15% off your first order with the code gassier15 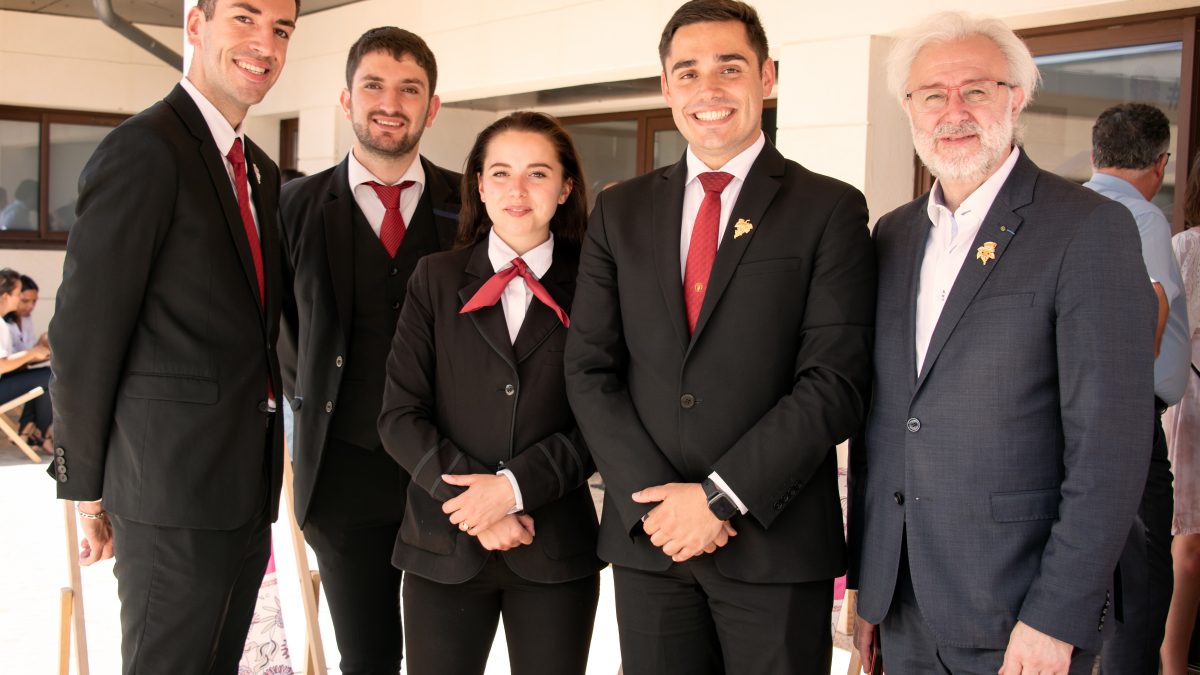 The 2021 Château Gassier in Provence Challenge for student sommeliers ! 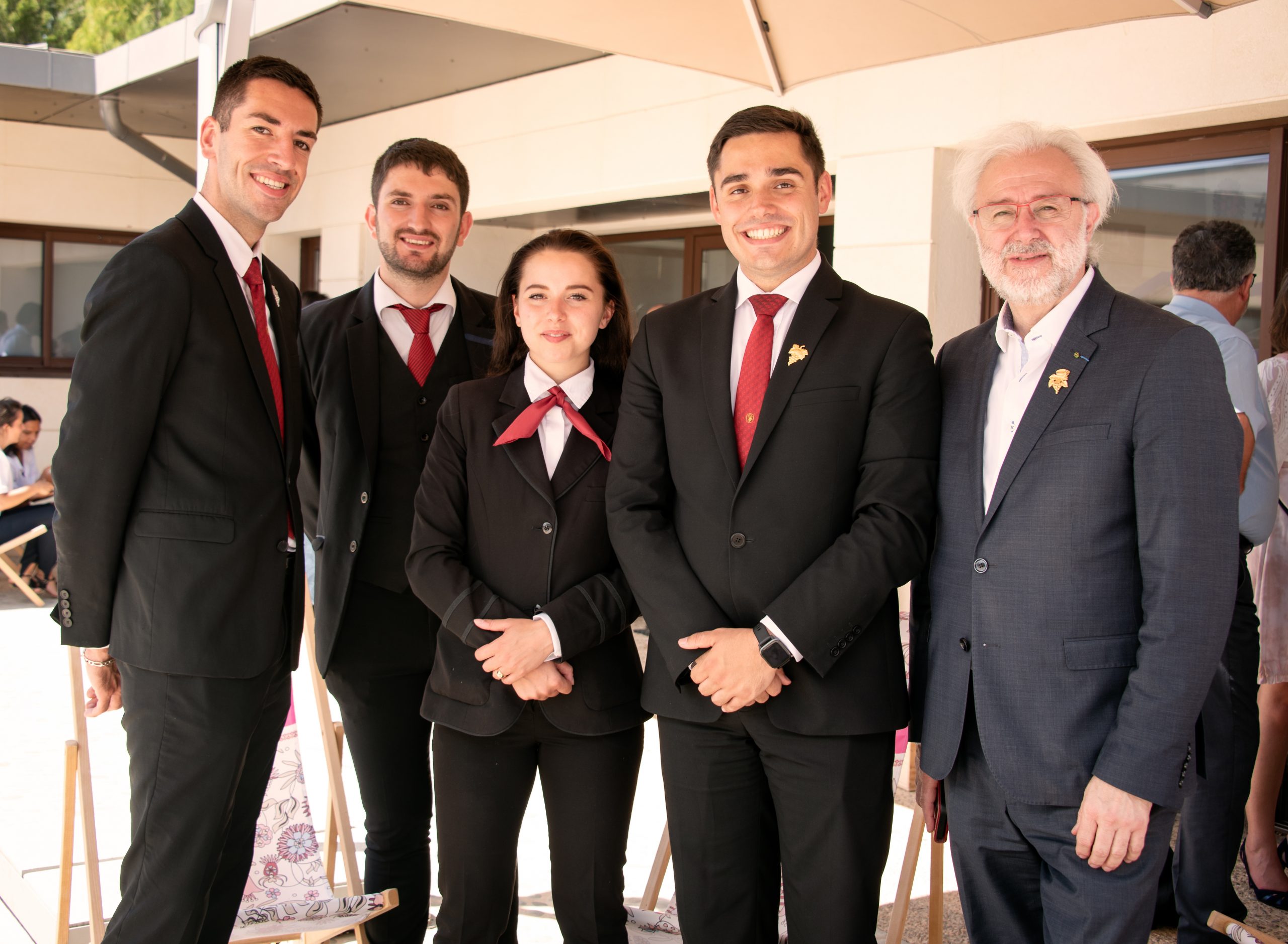 This competition for student sommeliers was created 3 years ago by Château Gassier and has been a resounding success. The Challenge is sponsored by Philippe Faure-Brac who was named World’s Best Sommelier in 1992 and currently chairs the French Sommellerie Union, and Mathias Dandine, the Michelin-starred chef at gastronomic restaurant le Relais de la Magdeleine in Gémenos. This year saw around a hundred students from all over France take part in trials to test their knowledge of the wines of Provence, its varietals and gastronomy. On the 21 June the 4 finalists, Lou Vection, Andrea Chassaing, Lucien Le Guen & Simon Le Roch, accompanied by their teachers, went head to head in a relaxed setting in the Provence sunshine to complete the 4 trials.

Flying the flag for the wines of Provence !

The main objective of the Château Gassier in Provence Challenge for student sommeliers is to place the focus on the Provence region, its terroirs and its wines. Advocating the rosés of Provence begins first with an appreciation of the region’s wine domaines and most importantly its winemakers and their savoir-faire. The idea is to put the spotlight on this beautiful region and make its wines known throughout France and around the world.

With its educational approach directed at students studying sommellerie as part of their cursus, this challenge is a way for them to improve and strengthen their knowledge of the wines of Provence after what has been a very difficult year that prevented them from carrying out their internships and on site training programs.

4 candidates, 4 trials and one prestigious jury!

Each candidate was given 27 minutes to complete 3 set trials and one surprise trial. For the first trial of the day the candidates were required to prepare a surprise drinks order for a table of six guests, complete with service and decanting of the cuvée 946 rosé 2016 from Château Gassier. The second was a ‘food and wine pairing’ trial during which the candidates were asked to justify their choice of either the cuvée l’Oratoire 2020 from Château Pigoudet or the cuvée Excellence 2020 from Château Saint-Maur to pair with a dish suggested by Chef Mathias Dandine. Their English speaking skills were also put to the test during this trail. A blind tasting of a Bandol rosé was the third trial and the candidates were then given a fourth surprise trial: a blind sensory test in which they were required to identify 5 provencal aromas such as thyme, rosemary and melon. It was then time for the jury to begin deliberating…

During each trial the candidates had to answer questions from the prestigious panel of experts and were marked based on their performance. Philippe Faure-Brac headed up the jury which also included Daphnée Extrassiaz, winner of the 1st Challenge and now head sommelier at the 2 Michelin-starred restaurant Les Morainières. Also present on the panel were Christian Pechoutre, Meilleur Ouvrier de France for Sommellerie, Robert Desbureaux, President of the Sommelier Training Association, Yann Durieux, Head Sommelier at L’Épuisette and Jean-Philippe Rock, Head Sommelier at Alexandre Mazzia. 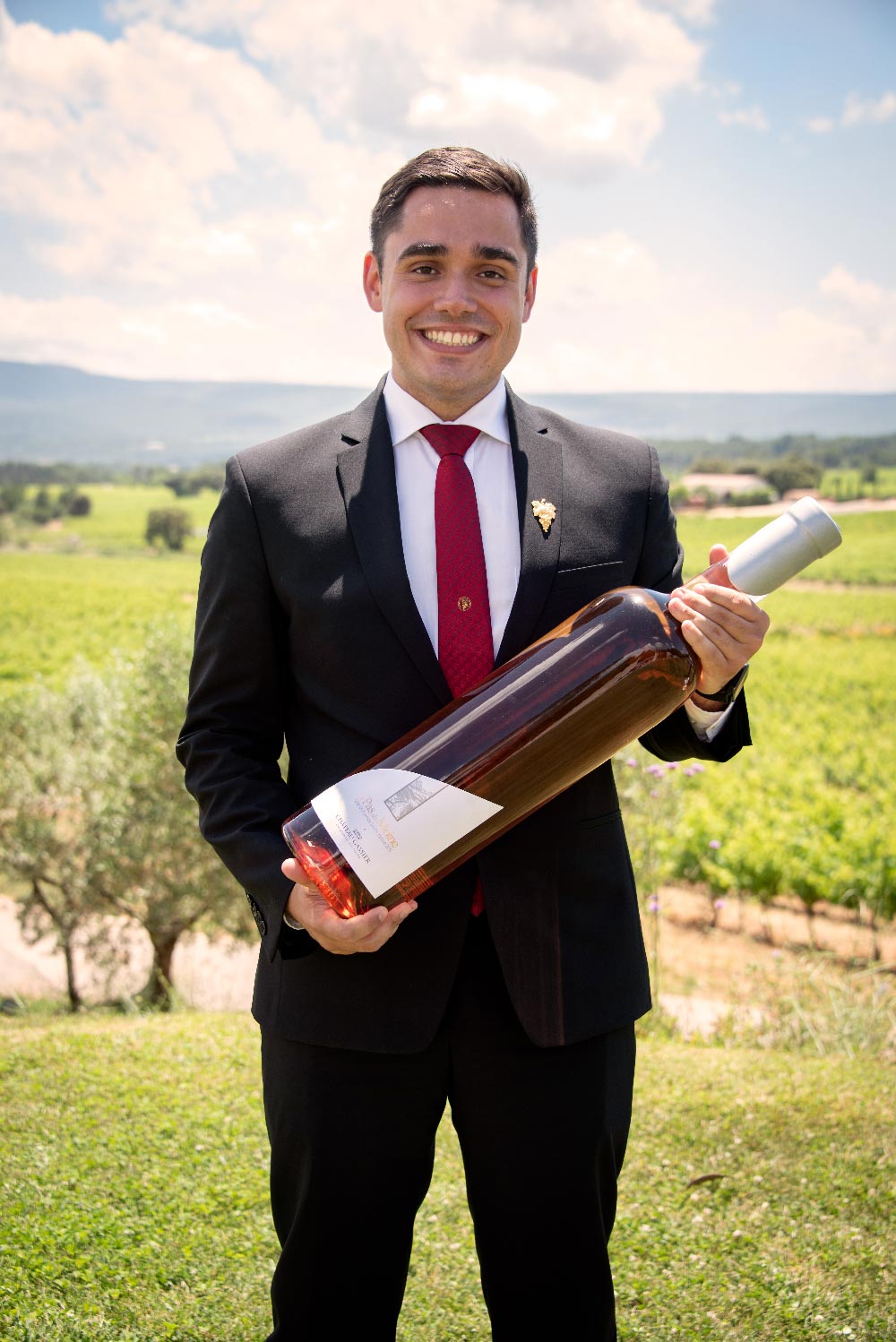 One winner, one memorable experience and now ready for the next Challenge!

At the end of a very emotional day, it was Andrea Chassaing from the La Rochelle hospitality school and currently Assistant Sommelier at the Pavillon Ledoyen in Paris who was named the winner of the challenge. It is important to remember that this type of event is a real springboard for the career of these students and also a first time competing for most.

The challenge means a great deal for the candidates, both on a professional and personal level. It prepares them for the world of competitions and is also a very rewarding experience in which they are required to cope under pressure when faced with a jury and a very attentive audience. Their first competitive experience will undoubtedly lead to many more and we wish them all the best!

The focus is now on the 4th Challenge which the teams at Château Gassier, the Sommelier Training Association and the Alpes Marseille Provence Sommelier Association are already beginning to prepare. The next edition of the Challenge will see a new set of trials yet with the same objective of placing the spotlight on the Provence region and the diversity of its terroirs.

It seems fitting that Philippe Faure-Brac should have the final word here: “It is the future that we are celebrating here at Château Gassier on the 21 June”